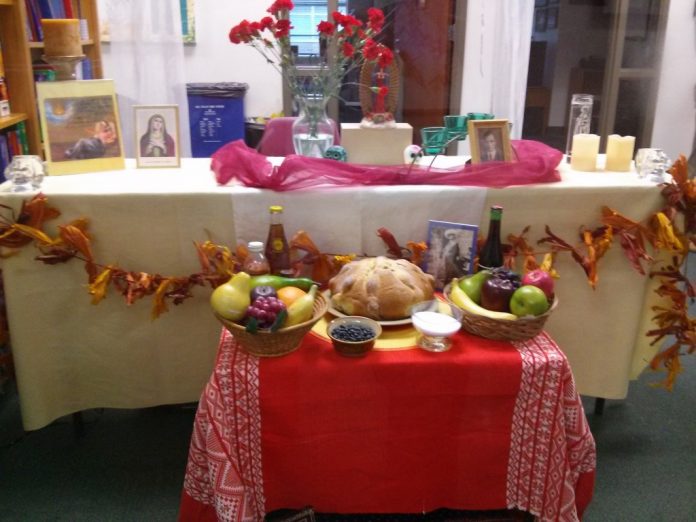 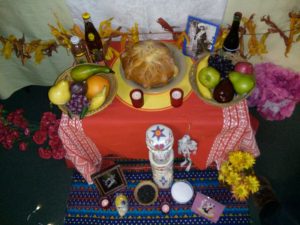 A day when departed souls are said to return to earth, the Day of the Dead is a truly mystical holiday. Family members and friends, anticipating the return of the deceased, place out things such as flowers, food, and drinks to make their ancestors comfortable when they arrive. Also, the family members construct altars to honor these passing spirits, typically adorned beautifully with candles, incense, salt, bread, fruit, sugar skulls, and oftentimes, photos of the deceased.

The Day of the Dead, known in Spanish as  El Dia de los Muertos,  is a unique holiday initially observed in Mexico and celebrated through much of Latin America, Spain, the U.S., and even Jesuit! For the past thirteen years, the Jesuit Spanish Honor Society has constructed its very own altar in the Spanish Commons; furthermore, they pay homage to this special event, and this year saw yet another elaborate shrine. 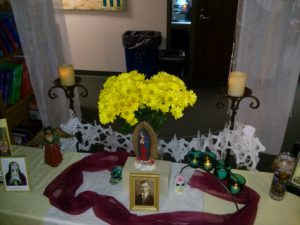 Originating from Aztec customs and beliefs, the tradition of the Day of the Dead was integrated into the thoroughly Catholic culture of the Spanish conquistadors, fitting into the celebrations of All Saints and All Souls, on Nov. 1 and Nov. 2. Since that time, the tradition has taken root as a sacred annual event.

At Jesuit, this tradition started with Father Gene Sessa S.J., who placed the altar in the Prayer Garden. Later, the altar was moved into the Commons, but the spirit of the tradition remained the same. 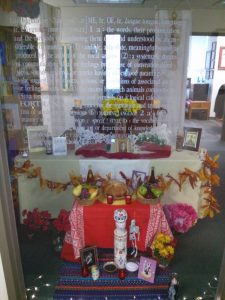 Mr. Greg Nielson, a Spanish teacher at Jesuit and moderator of the Spanish Honor Society, says that the altar works on a number of levels. It is used to “mark the event, [boost] a sense of diversity, [and] educate the students” about this tradition that they may not have known. After all of these years of great altars, Mr. Nielson feels that “a lot of people look forward to it every year.”

Dominic Iannelli ’15, who helped build the altar, said that “it was really cool [to help build the altar] because [they] talk about the tradition and it was fun to build our own altar.”

Martin Day ’15, a fellow Spanish Honor Society member also shared an appreciation for the altar, commenting that he likes “the three levels of the altar [which represent] heaven, earth, and hell.”

Not only giving us a time to reflect and think about the deceased in our lives, the Day of the Dead provides insight into a holiday from a different culture, one that has ultimately become a part of Jesuit culture and tradition. 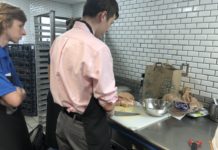 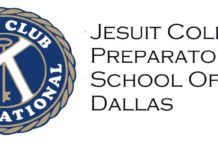