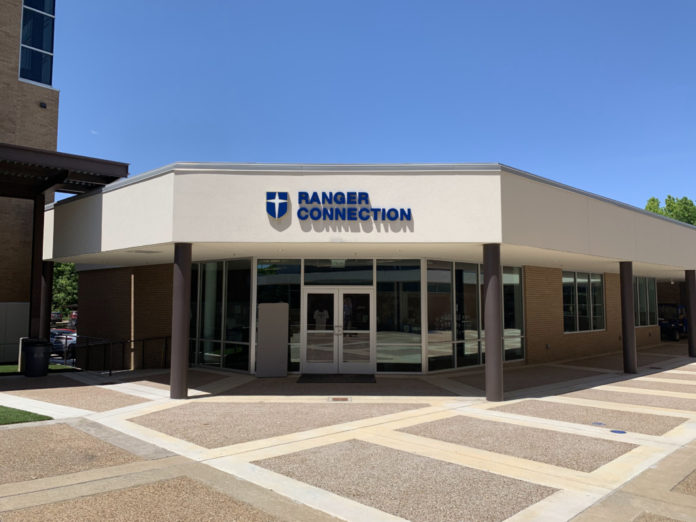 A rush of freshmen moms file into the minuscule Ranger Connection store after the conclusion of the Welcome Barbecue to drop a bag on new Jesuit drip only to find out that the custom Vineyard Vines Jesuit belts have sold out. Rest assured, this disappointing occurrence is a thing of the past with the grand opening of the new 2,000 square foot Ranger Connection.

As the new cafeteria renovations began to break ground late last year, the old Ranger Connection store located across from Hughes Hall also needed a new place to call home. Construction for the new and improved Ranger Connection store began in conjunction with the cafeteria expansion and wrapped up early this year. The redesigned store received a complete overhaul and now abides as a stand-alone store between the Terry Center and cafeteria directly west of the Athletic Tower. 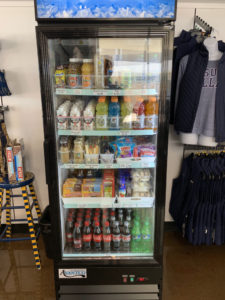 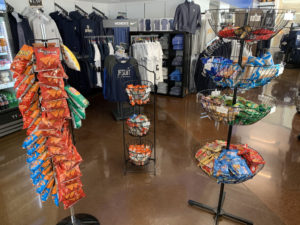 The new Ranger Connection boasts an augmented inventory with a variety of products ranging from infant onesies to a wide selection of coffee mugs, tumblers, keychains, belts, and other accessories. In addition to Jesuit apparel and accessories, the new Ranger Connection assumes the role of the cafeteria vending machines which were retired during the renovation. An array of snacks, protein bars, drinks, PB&Js, and Sage-prepared Zesty Italian Wraps are available for purchase during all store hours for students, faculty, and customers.

“The Ranger Connection is open Monday through Friday from 10:30 AM to 4:00 PM when school is in session.  You can check our website for up-to-date information on specials and store hours. The Ranger Connection has doubled in size and so has our inventory, we have great gifts for Graduation, Mother’s Day, Father’s Day and Birthdays. The Grand Opening was Friday, April 26, 2019 from 10:30 AM to 8:30 PM. During the Grand Opening, our customers enjoyed a 25% discount off one full price apparel item.” 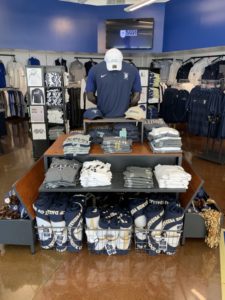 Matt Noble ‘20 expressed his thoughts on the new store:

“The new ranger connection is a great addition to Jesuit Dallas. At first, I was skeptical that they moved outside the main building but it’s still very accessible and I think the snacks keep a steady flow of people coming in and out. The expanded inventory is really nice because I recall many times last year when I walked into the ranger connection and walked out not finding anything I liked due to a smaller inventory. I think the best improvement to the ranger connection is the selling of snacks due to the loss of vending machines this year and also the expanded inventory so that way there’s plenty of options to suit everyone’s taste.”

Stay tuned to The Roundup for more breaking Jesuit news!