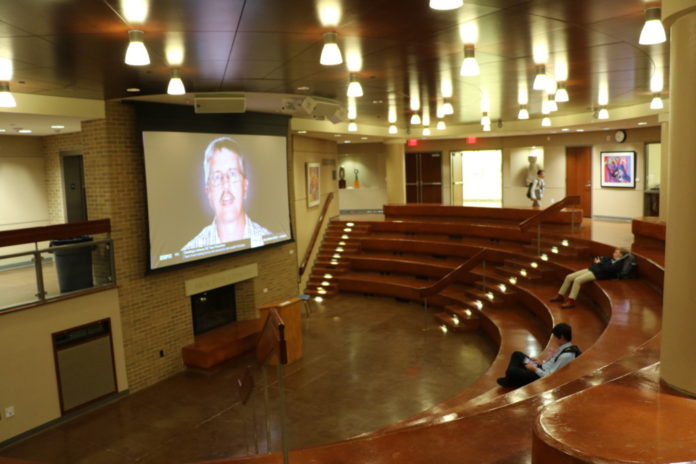 It’s Monday morning. You’re tired, you didn’t get much sleep, and you just want to nap and watch some TV. If it were 2017, you would be in Hughes Hall watching ESPN. However, if you are a newer student, you wouldn’t ever get that experience.

On September 19th, ESPN was reintroduced to Hughes Hall, where it will be airing every morning for students to watch.

Student Council was behind this project, wanting to bring this tradition back to Jesuit.

Student Body President Will Florer ’20 explained the reasoning for the project:

“We remembered from our freshman year that ESPN would be played in the morning in Hughes Hall, and it was very popular among the students. I don’t know why, but a couple of years ago, that tradition went away, so we thought why not bring it back since everyone likes it. So, that’s what we did. It took a little while, we had to get some things through the system, but now it’s back, so we hope to see you there.”

Joey Trigiani ’22 took the lead on this project, meeting with numerous faculty members to make sure that this project would be completed. “Joey did a great job and really pulled through,” commented Florer.

Student Council didn’t just intend for this to be used in the mornings. As Student Body Vice President Will Nickols ’20 said, the streaming service will have many uses throughout the year.

“March Madness, golf, and other events will be on the projector during the school year.”

Furthermore, the streaming service can be used by teachers in classrooms to show movies, video clips, and documentaries.

Stay tuned to The Roundup for more Jesuit breaking news!