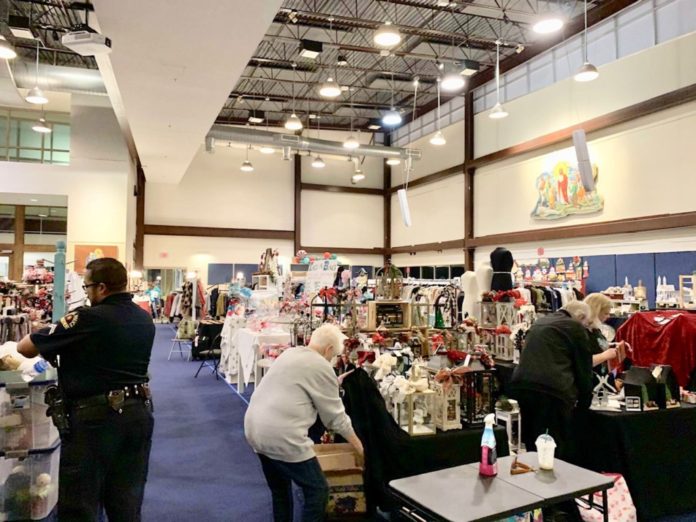 All images courtesy of Alejandro Mejorado ‘21

Eager vendors filled the Jesuit parking lot as several students helped them carry in multitudes of boxes. Children enthusiastic about meeting the lovable Santa flooded Hughes Hall in hopes of snagging a quick picture. You may have wondered what all the fuss and commotion was about. Indeed, it was none other than Jesuit’s 26th Annual Christmas Bazaar, which took place on Saturday, December 7, 2019.

How does the process to become a vendor work?

First, Vendors must submit applications to sell at the Bazaar. The Jesuit Women’s Auxiliary intensively reviews every application and selects vendors. For 110 open spots, every year at least 220 vendors submit applications. The committee strives to only provide widespread high-quality items. Therefore, the process can be very lengthy. Similarly, the committee also limits the overlap between similar booths to further enhance the public experience. 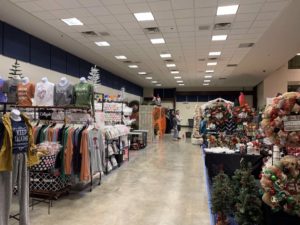 What determines the location and size of a specific booth?

Vendors set up booths throughout the school hallways, in the cafeteria, and even in the Terry Center. Some booths remained very confined to a certain area bordered by blue tape, others had plenty of space to openly showcase their products. This is based upon the price the vendors paid to rent the area. The higher the cost, the more space and opportunity to set up in one of the prime location spots. Likewise, the lower the cost, the less space available for the vendor to use.

What were some examples of the booths?

A wide array of booths offered everything from clothing to even condiments! For example, shoppers could purchase earrings at one booth, bow ties at another, and pottery at some others. Foodie customers could be unique salsas and delicious desserts like hot fudge. Furthermore, shoppers looking to incorporate a religious addition to their households could acquire festive crosses as well as custom made ornaments. The Christmas Bazaar is not only able to attract a wide range of customers with different interests, but also provides a space to learn and discover new information from a variety of artisans. Furthermore, shoppers can purchase festive crosses or custom-made ornaments to get into the spirit of  Christmas season. 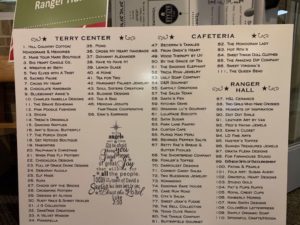 What stood out to you the most when helping set up the booths?

“The thing that stood out to me most was how huge this event actually turned out to be. Since this way my first time helping set up for the event, I had no idea what to expect or what the atmosphere would be like. Never would I have imagined so many different vendors, some even driving from very long distances to all gather into one area. I was also amazed by how friendly and kind everyone treated one another to make this event truly special and enjoyable for the public. This may have been my first time coming to the Bazaar, but it sure won’t be my last as I genuinely relished this memorable experience. I highly recommend everyone to check out the Bazaar next time as you may be surprised and find something you or someone you may know like.” 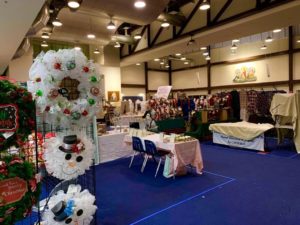 If you were to be a vendor what products would you sell and why?

“After helping set up several booths at the Bazaar, I immediately came upon an idea that I was surprised nobody had thought of or just decided not to execute. My idea was to provide a booth where shoppers could buy not just your ordinary Christmas apparel, rather also offer a selection of a hybrid Christmas wear/athletic wear. I among several of my friends am a big proponent of being comfortable in one’s own clothing and think linking the traditional festive wear with cozy and loose athletic apparel could help achieve this. In my opinion, this could be a very lucrative business if brought to life and would gather much public attention. In fact, I proposed this idea to several of my friends and most of them said they would be interested in this new category of clothing.”

Huge Thanks to Everyone

Huge thanks to all the vendors, faculty members, the Jesuit Women’s Auxiliary (JWA), students, and photographer Alejandro Mejorado for the amazing success of this year’s Christmas Bazaar.

Stay tuned to The Roundup and have a Merry Christmas! 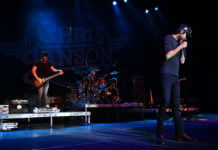 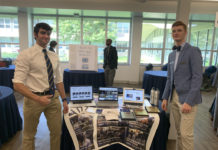 Jesuit Opens Its Doors to Prospective Students at Open House