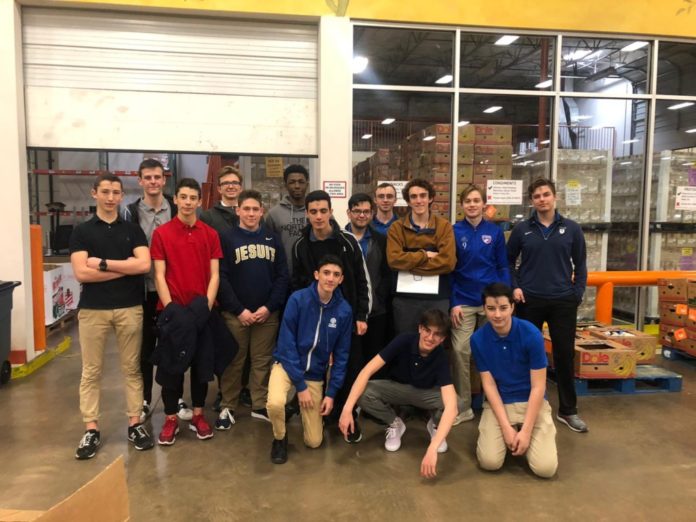 Eight French students heard these farewells as they entered the airport in Toulouse, France. The group of students made their way over the pond to our home: Dallas, Texas. Here at Jesuit Dallas, the students greeted them with wonderful signs and smiling faces. Then, they met their host brothers and families that would host them for the next two weeks.

After taking the students on a tour of the school with their host brothers, everyone enjoyed a delicious, classic Texas barbeque prepared by our very own Sage kitchen. Once the students finished their dinners, the group parted ways. Each host family introduced their new son to their homes.

On their first day of class, the exchange students shadowed their American correspondents through their schedule. Michael Patton ‘21 remarked, “I really enjoyed spending the day with my student and showing them a day in the life of an American high schooler.”

While in Dallas, the French students visited a variety of cultural landmarks of Texas. To begin, the students took a tour of SMU, followed by Snyder Plaza and lunch. The next day, the exchange students visited Northpark Mall and participated in a scavenger hunt before doing a little shopping. Cyprien Olive thought, “The scavenger hunt around the mall was a fun way to get to know the American culture.”

On Saturday, the exchange students and their host families adventured to the Fort Worth Stockyards. The group feasted on an iconic Joe T. Garcia’s meal of beef or chicken fajitas. Nils Clemens regarded, “I really enjoyed the meal. It was not something I am used to, so it was fun to experience something new.”

Next, the group then went to The Stockyards Championship Rodeo at the Coliseum. The group consensus was that the event was quite a different experience than our typical Dallas life. Gautier Reckza DeFontaine commented that “It was very fun and really showed Texan culture.”

On Wednesday, with the rest of the senior class, the French exchange students went to a Senior Service site. There, the students sorted food at the food bank. Maximillien Jambu noted, “The service opportunity was a great time. We had a lot of fun working together.”

After a few more visits to AT&T stadium, Klyde Warren Park, and the JFK Museum, the group headed over to Studio Movie Grill on Friday night for a fun night of eating, hanging out, and watching the new Captain Marvel movie.

The next afternoon, everyone gathered at DFW Airport to see off our very own Jesuit Dallas travelers as they began their leap over the pond to the sound of their very own bon voyages!

Mme Richard offered some final thoughts over their time here: “We are always excited to welcome different students from all over the world. The boys from France brought a lot of energy to the French classes throughout the last two weeks. We have created friendships that will last hopefully far into the future, and we are looking forward to our time in France.”

Stay tuned to The Roundup for our Jesuit Dallas brothers’ time in France! 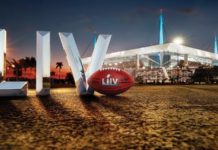