More
JesuitRoundup.org is brought to you by:
The Ashmore Family
News Academics After 26 Years, Mrs. Klickman’s Time at Jesuit Comes to an End
Facebook
Twitter
Email
Print 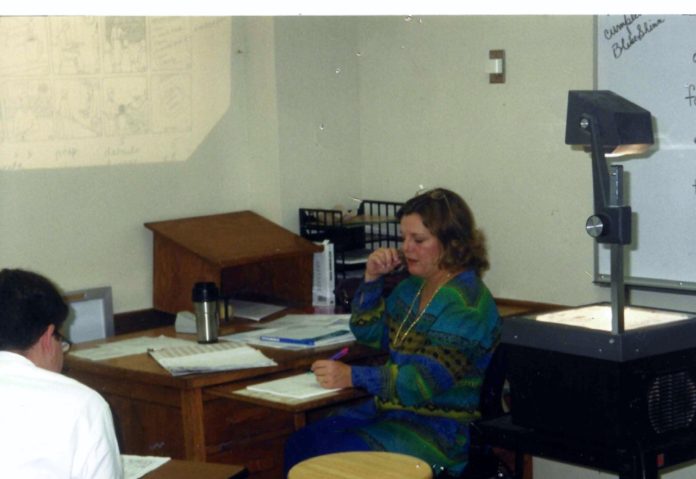 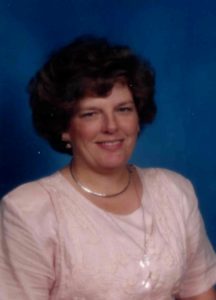 For the past 26 years, Mrs. Jody Klickman has been an institution at Jesuit College Prep. The veteran Spanish teacher has taught countless students at Jesuit over the years, serving in several different capacities as a member of the faculty, including co-chair of the Language Department for the past seven years. Her lengthy career of educating high schoolers to speak the Spanish language, unfortunately, will come to an end this year, as she retires from the job she loves.

Mrs. Klickman developed a love for language early on, learning Spanish during her high school days. It piqued her interest because, to her, “it was like a puzzle. I loved the challenge of it, and I loved talking to other people [in Spanish] once I got to the point where I could actually have a conversation.” One of her most formative experiences in her life came when she visited Mexico as a college student. “A whole new world was opened up,” she said of the trip. It was her first time visiting the country as a Spanish-speaker, 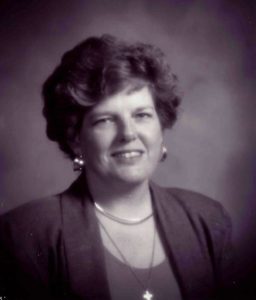 and it brought her not just growth in her knowledge of the language, but also personal growth, and an understanding of the power of language barriers. Describing the broader worldview she developed on the trip, Mrs. Klickman said that “it says something to another human being when you bother to learn their language, and engage with them.”

However, Mrs. Klickman didn’t consider going into a career of teaching a foreign language until later on in life. She went to work at an accounting firm, where she helped write administrative reports for their clients, often fixing grammar mistakes and cleaning up their writing. “Again, language,” she noted, pointing out the common theme she devoted much of her life to. She stayed home for a few years after starting a family and having children, and later started a calligraphy business.

It wasn’t until Mrs. Klickman’s former high school Spanish teacher in Carrollton reached out to her to hire her for a teaching position. Having been out of the classroom and without

much Spanish practice for 13 years, Mrs. Klickman said she was “about a page ahead of the 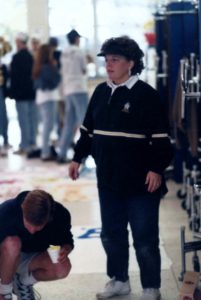 class for two or three semesters, trying to review.” While she was “pretty fluent” in college, her mastery of the Spanish language had weakened over the years. She w

orked for a few years at Newman Smith High School, in Carrollton, but wanted a change. “I was looking to move from public school to private school, something different, and I saw an ad in the paper,” as she recalls of the time she sought a job at Jesuit. Mrs. Klickman said she developed a “communicative style of teaching, because I like to talk, and have other people talk, and do more than just fill-in-the-blanks and grammar workbooks,” which happened to be exactly what Jesuit was looking for.

Mrs. Klickman’s earliest years at Jesuit were a challenge, because she didn’t have a reputation like she did at her first school. She remembers her students telling her that “they would run me off within two weeks,” adding, “We all know how that worked out. I’m still here, and they’re gone.” She described the school as “very different from what Jesuit is today. I think our attitude is more loving and caring than when I first got here.” And she’s certainly been at Jesuit long enough to have witnessed some major changes over the last two-and-a-half decades.

Mr. Seth Waits ’01, currently a Spanish teacher here who serves as Mrs. Klickman’s co-chair of the Language Department, was a student of hers as a sophomore and junior. In his experience, she was prepared, organized, and understanding. “She didn’t baby us, and she treated us as mature young men,” he said. She was serious, and had high expectations of her students, but her and her students fostered respect for each other in a way that, Mr. Waits says, “I didn’t get from a lot of teachers at that age.” 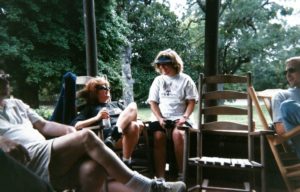 Mrs. Klickman had grown as a teacher over the years, as well, as evidenced by Mr. Waits’ description of her as a teacher who “always had control of the class. There was never any question about that.” Mrs. Klickman herself says, “I’ve learned a lot from my colleagues

over the years. When I got here, I was about the same age or younger as most of them, and now my role has switched. I’m the mentor now.”

Those colleagues Mrs. Klickman talks about hold her in equally high regard. “I find Mrs. Klickman to be a scholar, with everything she brings to the Spanish education and the Language Department,” President Mike Earsing says of her. He emphasizes her role in shaping the curriculum of foreign language at Jesuit, saying, “Mrs. Klickman was really instrumental in navigating through all of those questions, when it came to dealing with native speakers, meeting the state requirements for language, not requiring Latin… that was her.” 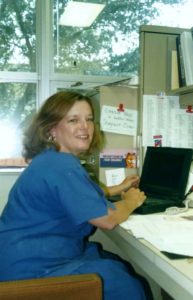 Mrs. Klickman was promoted to the role of co-chair, along with Mr. Waits, for the 2011-2012 school year. The two had already cultivated a close relationship as colleagues, however, as Mr. Waits viewed her as “a very important mentor in my early years. She was a very important resource for me and a lot of us in the Language Department, because she had so much experience.” He, too, has nothing but positive things to say about her, particularly regarding their time as co-chairs. “At this point, we can practically finish each other’s sentences,” he says. “We really complement each other, and we know our strengths and weaknesses, and I don’t take that for granted.”

Looking back on some of her favorite memories at Jesuit, Mrs. Klickman is reminded of the time she served as a junior varsity golf coach. “For a while there,” she recalls, “you could come into my classroom and you would step over nine sets of golf clubs. It’s a lot of work, and you really have to admire the work that the coaches here at Jesuit do.” She also remembers the summers she spent in Mexico, learning Spanish, and in Poland, teaching English, as well as the traveling she has done to Ecuador and across the U.S. with the 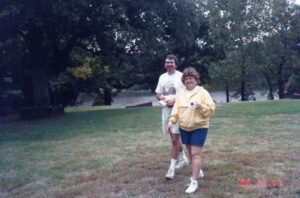 school. She also notes her love for the Jesuits, saying, “They’re one of the groups of people on this planet that I admire the most. Their mission is so oriented toward helping those in need, and that has touched me.” Most importantly, Mrs. Klickman feels like she has participated in shaping and influencing “the vision of, really, the next century in Jesuit schools.”

After 26 years, however, she feels her time at Jesuit is complete. “I’m at F.R.A., or full retirement age, but it’s also a lot of family obligations,” she says, on why this year is the one she chose to retire. “My mom is 92, and I want to be able to take care of her. I also want to be able to have some fun with my husband while we still can,” she explains. She’s quick to add that she won’t be gone forever after this year. “I still love coming to work everyday, and I’ll be back next year as a sub, and working on some of the international trips.” To her, Jesuit is “a community that you can’t really let go of.”