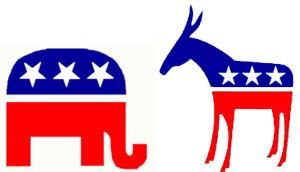 When observing the typical conversations between teenage boys, specifically Jesuit students, politics usually isn’t a topic that one would generally overhear. More often than not, it has something to do with sports, girls, the obnoxious amount of homework, or the latest iPad game. However, this year’s upcoming Issues Day aims to become a part of all conversations.

Headed by Social Studies teacher and debate coach Dr. Tracy McFarland, Issues Day, which will be on Thursday, October 11, 2012, is going to be centered on the November presidential election. The conversations will not be limited to just the specific election; a multitude of widely varying subjects and topics, some more related to the election than others, will be covered by many internal and external speakers throughout the day.

While students may be deterred by the idea of contemporary politics, whether because they are unfamiliar or uninterested, this year’s Issues Day seeks to change this stigma and encourage broad participation as well as illuminate the idea that politics doesn’t just deal with Obama and Romney.

Regarding the perspectives of the presentations, McFarland explains that, “One of the things that we definitely try to emphasize is making sure that it is fair and balanced […] as well as a thorough discussion of the fact that it’s not just about Republicans and Democrats.” McFarland adds that “[T]here are actually, unlike prior Issues Days, more outside presenters than inside presenters.” This means that the students will be exposed to many different opinions from both inside and outside of the school.

Internally, McFarland herself is planning on giving a presentation on how to gather political information, and “manage the information you receive when given a wide range of perspectives.” Social Studies teacher Mr. Mark Batik, whose senior current events class this year deals with the election, will be talking about polls and their importance, as well as different types of polls and how they have affected history politically. On a different note, Mr. Andrew Armstrong and Mr. Jonathan Segal in the Theology department will both be discussing how religion integrates into politics, both historically and currently.

The lineup for external speakers ranges from the mayor of Dallas, Mike Rawlings, who plans to talk about local politics and his own political path, to Ed Lavandera ‘92, a Jesuit ‘92 grad and CNN reporter. Also, Jesuit may be given the chance to have a physical or digital appearance from CNN’s major political reporter, John King, may make a physical or digital appearance.  However, Mr. King’s appearance at Issues Day is currently tentative. but McFarland says “if [King] actually does manage to show up, we’ll probably give him a couple of periods to present because that’s kind of a big deal [….] I’m super excited.” On a definite note, “[A] couple of professors from SMU will be at Jesuit to talk about human rights and foreign policy related issues within the election as well.”

Concerning the student’s knowledge of politics coming into Issues Day, McFarland assures “that the goal of all of the presenters is to speak to all of the multiple audiences.” She adds that “even if a student knows nothing than what has been told to him through media or his parents, then this is okay.” McFarland’s underlying goal for this year’s Issues Day is to “allow students to leave the presentations talking, and discussing issues, not leave with a concrete view of something.” The presentations will give a variety of views on many different subjects and issues, so none of them will attempt to instill any biased interpretations. McFarland admits, “It’s the debate coach in me. I think that everybody should get to see both sides of things.”

Some students may be well versed when it comes to political issues, and some might have absolutely no prior knowledge going into the presentations. However, “[A]ll of the presenters are adept at providing background information when necessary but also speaking to or answering questions that maybe reflect more knowledge.” This provides for a more versatile discussion when it comes to the types of audiences and the information being presented.

An expertly planned, diverse, and exciting Issues Day is coming up soon on Thursday, October 11. With the wide variety of speakers and topics, attendance is highly encouraged whether the presentation is on religion within politics, campaign ads, or human rights. Make sure to keep your eyes peeled for the printed list of speakers to see if John King will be making an appearance! 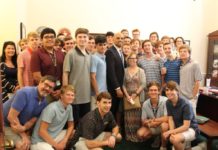 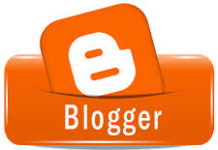 A Year of WHAP Blogs 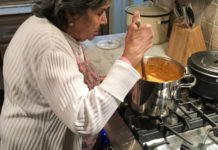