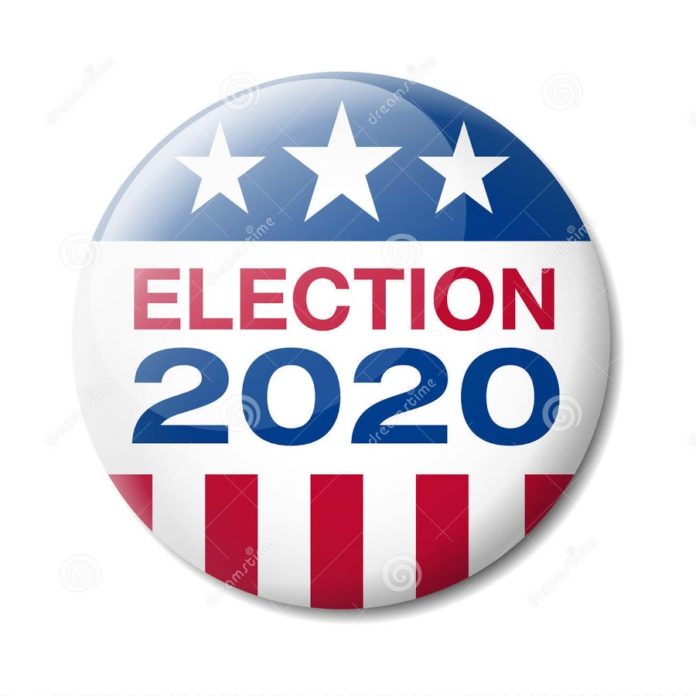 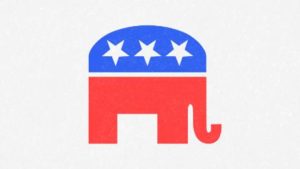 The end of the midterms kept the Senate in Republican control, put the House in the opposing party’s control, the Kavanaugh hearings gave the Supreme Court a conservative majority, and now Republicans are focused on keeping their control over the Executive branch. While the Republican primary may not have nearly as many contenders as the Democratic there are still some possible candidates worth mentioning.

It seems an incredible task to defeat Trump in his own party since his unmitigated nomination where he won in multiple landslides; however, according to recent polls 43% of Republicans want to see a contested primary.

This split within the Republican party is sure to create a rift once election time rolls around depending on who is to win the primary the President or someone else. All but 1 of the many contenders for the 2016 Republican nomination have announced they will not run this year. Now similar to part 1 where I went over 6 major Democratic contenders for the nomination, I will do the same thing for the Republicans.

Donald Trump: Does He Have What It Takes For A Second Term?

Unless you’ve been living under a rock for four years, you’ve most likely heard about Donald Trump. Ever since he took office two years ago, he’s been a controversial president. Many prominent Republicans have been against Trump such as 2012 presidential nominee and Utah Senator Mitt Romney who wrote an opinion editorial against Trump in early 2019.

Now despite everything, you may have heard about impeachment, Mueller, and Russia, etc. Trump still has the best chance to be the Republican nominee and the only currently declared Republican candidate. And with a panel of, mostly unknown, Republicans, Trump’s chance of receiving the nomination seem like they’re growing and growing by the minute.

While approval ratings have been dropping slowly and then stagnating, Trump may suffer. His two biggest, exploitable points in recent months are the 35-day government shutdown of which he played a huge part. The second point is his declaration of a national emergency to allocate previously approved congressional funding to construct a border wall on the southern border.

And this declaration will most likely be struck down in Congress and Trump will most likely veto it which will not do good for his approval among Republicans and colleagues. Now, whoever may announce in the future is up to debate but if they do they will have a powerful enemy within their own party.

Bill Weld, former Libertarian Vice Presidential candidate, and former Massachusetts governor will most likely run against Trump in seeking the 2020 Republican nomination. In fact, as of February 15, 2019, he has a formed an exploratory committee which is usually the step a person takes before declaring a presidential run.

Now initially it doesn’t seem like Weld would be much of a challenge to Trump after all he defeated over a dozen candidates in the 2016 Republican primaries. Then he went on to stun the world by winning against Hillary Clinton when most of the media predicted she was going to win.

However, I wouldn’t go so far to discredit Weld, as a seasoned politician Weld seems like he has the political know-how to run a campaign that may be able to dismantle Trump and an ever-shrinking group of Congressional supporters. Although with 4 more possible candidates Weld’s chances may shrink faster. 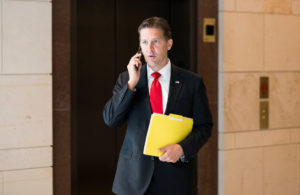 Ben Sasse, Nebraska Senator, said: ” I regularly consider leaving the GOP.” Now there has been huge speculation that Ben Sasse will announce a 2020 presidential run. Similar to Bill Weld he isn’t a Republican through and through.

Instead of having a longtime tenure with the Libertarian Party, Sasse said in an interview with CNN, “I think of myself as an independent conservative who caucuses with the Republicans.” This along with statements talking about how he won’t rule out a presidential run in September 2018 makes it seem undeniable that he will run in 2020.

Larry Hogan: How Can A Republican Governor Be Popular In A Blue State?

This is a question many have pondered when it comes to Maryland Governor Larry Hogan since he won in 2014. And he won reelection in 2018.

Many Republicans as part of the “Never Trump” movement, have pushed Hogan toward running which is good news for them. Although after a trip to Iowa, he stated that going up against Trump in 2020 is “not on my radar screen” which needless to say is bad news for the Anti-Trump Republicans.

Two-Term Governor of Ohio, a Republican candidate in 2016, will he be able to become a nominee this year or will he falter and stumble? John Kasich is an unconventional choice, to say the least, for the Republican nominee.

Even when he was losing by miles in the 2016 primaries and lagging behind Cruz and Trump he still was one of the last to concede. And now he is a senior political contributor for CNN.

This seems like an obvious jab at Trump since Kasich is one of the President’s biggest critics. And many news outlets have speculated that CNN may be attempting to influence Kasich to run in 2020 against the Donald, this is still mostly conjecture, but with an incumbent as powerful as Trump any fight against him is brave. 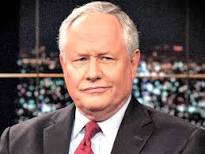 Bill Kristol, editor-in-chief of the now-defunct Weekly Standard, former Chief of Staff to Vice President Quayle, cross-network political commentator, and a Republican critic of Trump. Does he have what it takes to join the panel of Anti-Trump Republicans in 2020?

Well, as of September 2018, Kristol has been preparing a “war machine” to go against Trump in 2020. With no new information since this statement, it seems unlikely in March of 2019.

But in a Republican party seemingly in disarray between those who support Trump unconditionally, those who don’t, and those in the middle. The 2020 campaign is clearly going to be made up of those who definitely don’t. 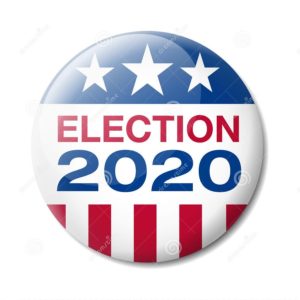 With an unknown number of debates, it is difficult for me to make predictions similar to the ones I made in part 1. But I feel like it will largely end up like 2016.

With some adjustments, Sasse, Weld, and Kristol will all drop out early like, Rubio, Paul, and Bush. However, the Trump-Cruz rivalry will more likely be a Trump-Hogan rivalry with Kasich once again employing his strategy of hold on till the end of the line. But I can say with confidence, that once again Trump will be the 2020 Republican nominee as an intimidating, powerful, and incumbent President.

Stay tuned to The Roundup for part III of this article that will cover the Independent and Third Party candidates.