A “whirr” of a drill here and a “zip” of a saw there. Students of different grade levels chatter on about their day while painstakingly piecing together the components of their robot. Some hit some buttons and move a joystick to see their robot in action on the test arena while others are glued to a computer screen, thinking hard to engineer models for new parts. Trophies and banners stand around the room, reminding everyone of past successes, motivating them. This is the busy environment of the Jesuit Robotics Lab mid-season. 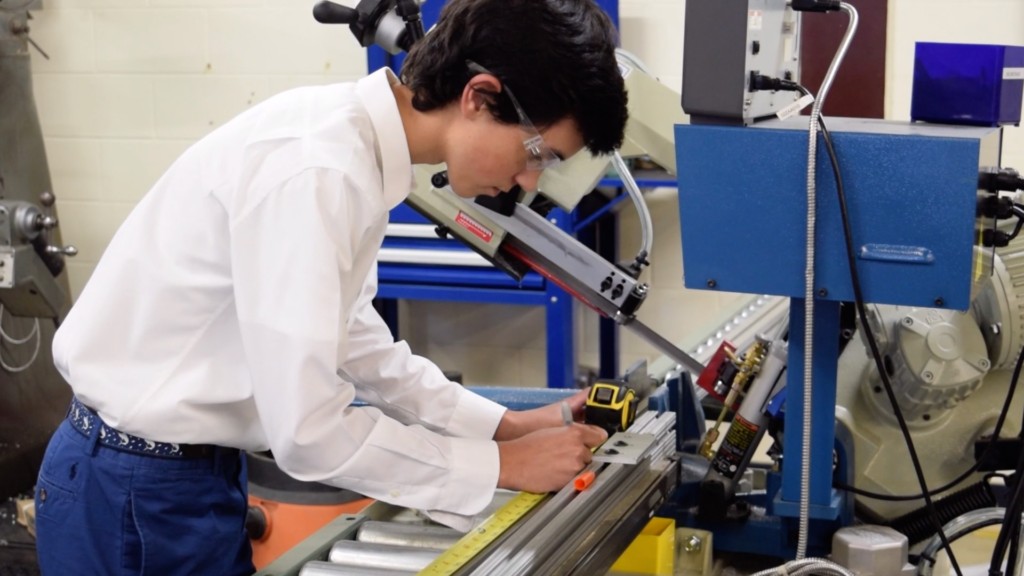 A Look At Last Season

The last season of robotics has been “a good season with a lot of growth,” says Mr. Couvillon, a coach of the Robotics team. After supervising the FRC team last year, he thinks of it as a positive experience. He says his favorite thing was “seeing all the guys take ownership of the whole process.” In terms of progress, students became “more independent learners,” making the project more “student-driven.”

With so many components to a robot, many things can go wrong and cause obstacles. However, Mr. Couvillon says that they were “very fortunate” to have everything they need to build a robot without problems. “The hard part is time” due to the limitation that “Varsity robotics had only 6 weeks to build their robot.”

FRC participants Will Madden ‘20 and Owen Brown ‘22 give their input on the Robotics season in the following video.

In the future, Mr. Couvillion plans to “focus on basics” for the next season and teach the underclassmen about “control systems and programming.” As for the upperclassman, he hopes that they “leave a legacy that represents the school well.” Most of all, he says that “the big focus of this year is balance, learning new skills, and utilizing the different talents of people on the team.”

Check back to The Roundup for more news on Jesuit Robotics!