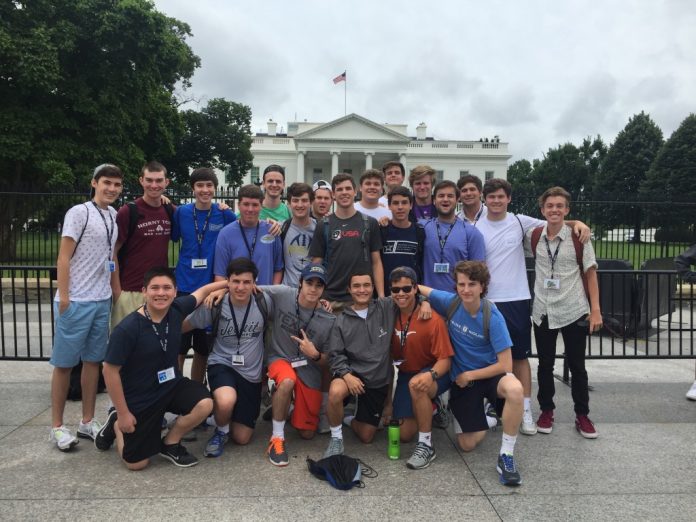 “Washington, DC is to lying what Wisconsin is to cheese.”
-comedian/TV personality Dennis Miller

“I often say of George Washington that he was one of the few
in the whole history of the world who was not carried away by power.”
-poet Robert Frost

“Washington, D.C. is a city filled with people who believe they are important.”
-The ever-sarcastic reporter David Brinkley

Whether it’s from the news cycle or these gentlemen’s quotes above, our view of Washington is tainted or spun negatively. We are victims of circumstance.

To combat this perception, high school curricula has often included governmental studies, an introduction to basic political science. Though these classes cover a wide array of topics in governmental structures, the mysterious city of Washington D.C.’s bad rap remains due to mere distance.

However, in mid-June, the summer semester of government at Jesuit sought to change that perception. Seeking a “close up” view of their government, a group of 36 seniors, Mrs. Katie Segal, Mr. Jonathan Segal, and Mrs. Dea Ochs traveled to Washington D.C. to see our seemingly distant government in action. 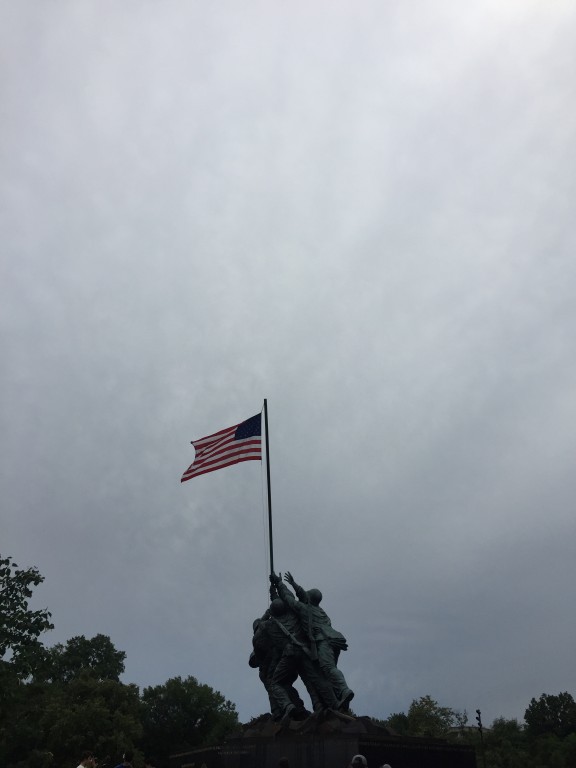 Differentiating it from the three-week traditional summer government course, Mrs. Segal, one of the teachers, believes that “people are attracted to the program because it gives you an opportunity to take the theoretical things that you’ve learned about government for two weeks and see them in action.” Indeed, a highlight of the trip was seeing the Judiciary Committee in action. Segal commented:”It’s one thing to learn about a committee hearing… but it’s another to go sit in on one and see how they play out.”

Attending seminars, discussions, and activities through the Close Up Program, which allows high school students access to Washington year-round, the Jesuit seniors enjoyed packed, 16-18 hour days that were full of insights. Commenting on the pace of the trip, Noah Frey ’17 recalled, “We were getting a lot done in a short period of time, but it didn’t seem like we were missing out on anything; there’s a lot to do in [D.C.] but I feel that we did all of it.” With several other schools represented in the program, different paradigms and viewpoints emerged on important topics such as gun control, same-sex marriage, and immigration. Nevertheless, Jesuit students managed to make friends in only seven days. Visiting in on a handful of activities, Segal enjoyed “the arguments [the students] were making, the ways [the students] were being leaders in [their] groups, and even the conversations I had with students one-on-one about things [they] were learning about…” Sharing the experience with her students, Segal always appreciated “getting to talk through some of those issues” with 36 students.

Explaining his reasoning for attending, Steven Mancillas `17 has “always been interested in the country’s government, and…saw this trip as an opportunity to not only develop an understanding for its complexity, but also see it in action.” Getting to do just that, Mancillas particularly remembered “spending time in the Capitol with both my Jesuit brothers and the nation’s leaders side by side in the hallways and committee rooms.” According to Mancillas, the trip was effectively facilitated by “Mr. & Mrs. Segal and Mrs. Ochs [who] helped me understand how close the government interacts with the people of America and how their everyday decisions impact our lives as citizens. They treated the people (Congressmen and women) as friends rather than just as haughty political figures.”

Senior Matt Musso appreciated the “mixing onsite visits to memorials and museums with lessons about government and democracy.” A highlight of his trip, Musso enjoyed “the Smithsonian Museums, especially seeing all of the famous presidential portraits, some of them dating all the way from the 1700s.” 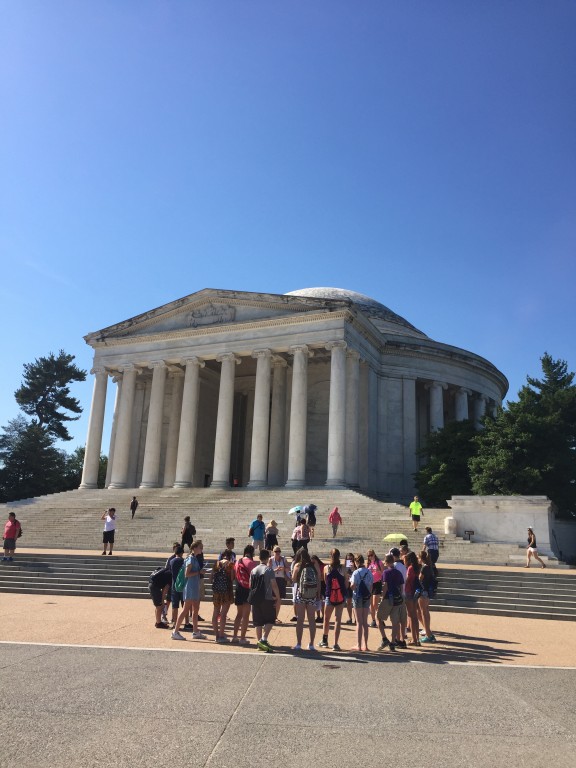 On Wednesday, June 22nd, the group unexpectedly found themselves in history while inside the stone corridors of the United States Capitol building. The group’s tour began in the usual fashion until one student monitoring Twitter found some political news: Rep. John Lewis had started a sit-in over gun legislation. Whenever a headline like that pops up in our palms, we treat it as menial since, after all, the Capitol is far away. As the tour continued and more word of mouth transpired, the group realized that they were mere feet from history. The event was so important that all visitors were escorted to the nearest exit as armed guards appeared and doors shut.

Though the tour of the Capitol was cut short, “I think being in the capitol building when the sit-in happened was memorable and unique to this particular summer,” said Mrs. Segal. “That’s something that’s never happened and we got to see how chaotic it was to see the building shut down.” Segal continued on the special experience by noting that “everybody in the country was paying attention to that; it was all over Twitter, it was all over the news, and we were there witnessing it.”

For future iterations of the trip, Segal expressed, “We’re always looking at ways to improve the course… [making] it perhaps more academically rigorous on the trip.” Sharing his thoughts on the trip, Frey said with slight sarcasm that “[he’d] like for it to be longer, but that’s just me.”

As a student who attended the trip, I would recommend the trip for current juniors (rising seniors). In true Ignatian fashion, you’re more apt to gain a full understanding of our government. You never know; something historic could happen! 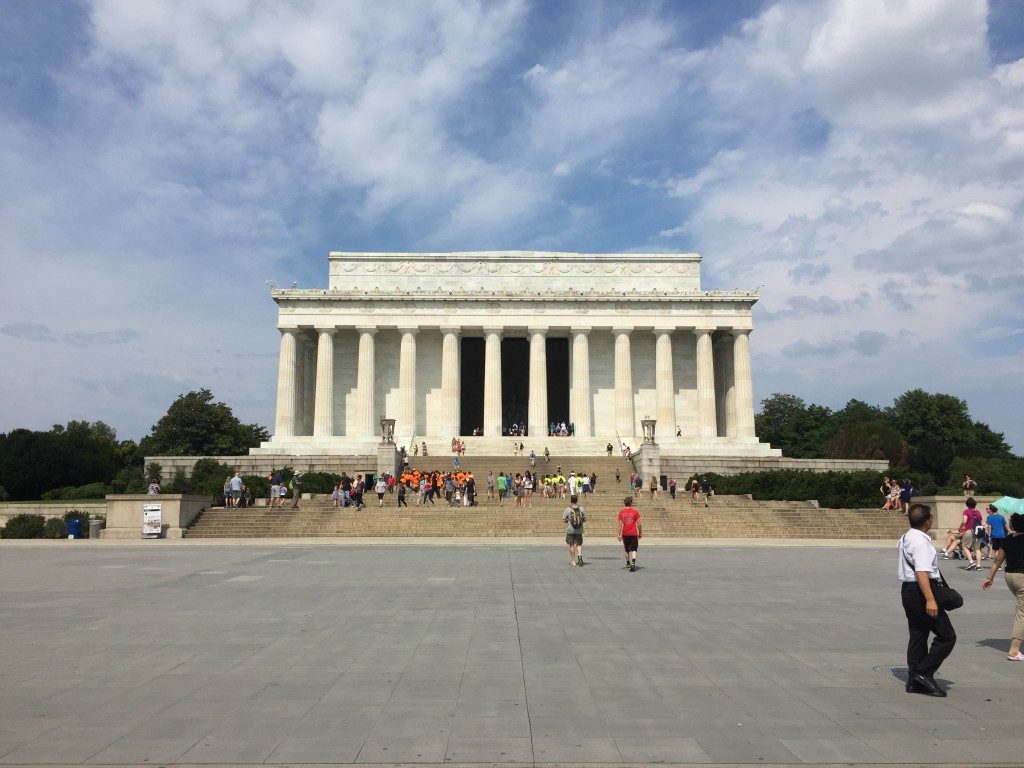