More
JesuitRoundup.org is brought to you by:
The Ashmore Family
Campus Ministry Prayer Service Faculty and Students Give Us a Glimpse Into Their Friendships
Facebook
Twitter
Email
Print 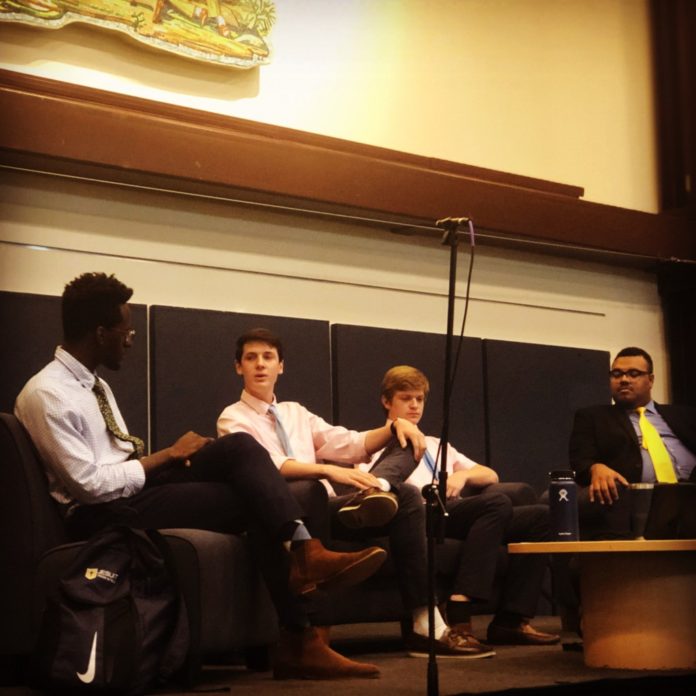 On Friday, September 13, 2019, Campus Ministry’s first prayer service of the year took a slightly different approach than its predecessors. Sitting in the blue chairs native to the Info Commons, Mr. Ferguson ’12, Mr. Kamara ’13, Nash Crawford ’20, and Wilson Rasco ’20 sat in front of the student body, letting us in on a conversation between the group about their friendships.

One Idea Becomes Something More

Beginning in a quick meeting after Vos Parate, four students from the Campus Ministry Prayer Service team thought of an idea for the upcoming Campus Ministry Prayer Service. From that meeting sprouted the idea of friendship. That initial thought snowballed into seeking out the people who sat upon the stage to discuss their school-famous friendships.

Prepping for the Big Day

Meeting many times after school, Nash, Wilson, Mr. Kamara, and Mr. Ferguson continued the initial idea to produce the conversational prayer service that gave the whole school insight into the idea of friendship. This back-and-forth model served as a guide for the rest of the prayer service. They wanted to use this conversational model to produce a relaxed yet reflective atmosphere to convey their message about friendship. When asked if the dialogue was scripted, Nash Crawford ’20 answered, “It was scripted in the sense that we had a few guiding questions like ‘How did 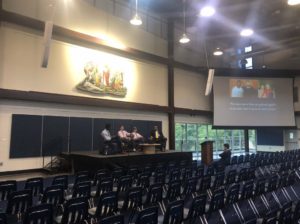 you become friends,’ but answering the question [during the prayer service] wasn’t scripted.”

After the prayer service, Mr. Ferguson emphasized that “time and attention are, perhaps, the best currency for creating and maintaining friendships.”

Mrs. Crowder gave thanks to many people: “I was incredibly impressed by the teamwork that made last week’s prayer service happen. It came about from student ideas and the effort of not only the four people up on stage but many other individuals as well. Ms. Selina Estrada worked hard to put our ideas into a video with the contribution of the opening graphic from Mr. Joe Howard. Several members of the Campus Ministry homeroom read the words of Pope Francis for the video. And the four individuals up on stage met multiple times to chat about all things friendship in order to have a real, honest conversation up on stage for the student body.”

A big thanks to the entire Campus Ministry team for all that they do to minister to our community.

Check back with The Roundup for more Campus Ministry news! 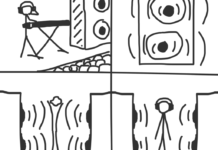 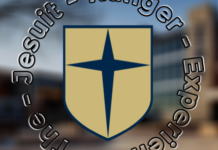