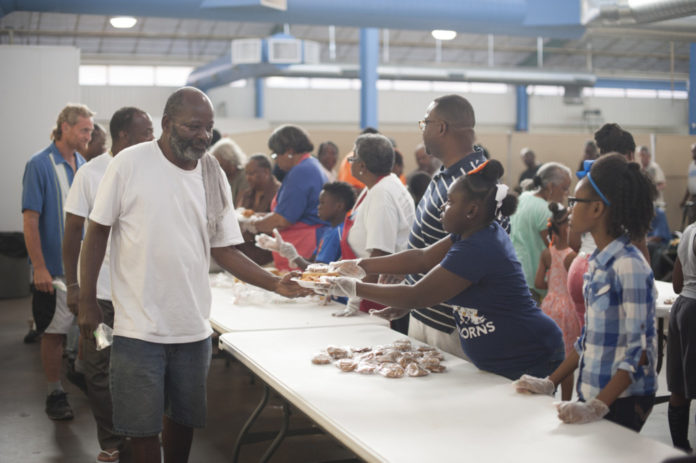 Most of us see at least one homeless person every day on our commute to or from school. When we notice one, we typically lock our doors and pretend to look at on our phone. Why? Why would we not want to give $5 to someone who needs it more than we do? We typically rationalize that the homeless person will use the money for drugs and that they contributed to their own downfall. However, that statement is absurd, as there are other factors that contribute to homelessness.

Guest speaker Lacy Montgomery, who spoke at Jesuit on September 17th, 2019, disagrees. She explains that traumatic events or mental illness cause homelessness, which makes homeless people misunderstood. Montgomery stated that mental illness is a large contributing factor to someone becoming homeless, especially if the mentally ill person does not have any friends or family to support them. A homeless person will fall victim to mental illness or addiction, unable to escape without the help of others. As for the solution, she advised that they should receive immediate housing and address mental illness or addiction as soon as they have a roof over their head.

Ms. Montgomery told students to give a homeless person something, either money or food, the next time they see one on the streets. No one can fully understand someone’s story from a first impression.

Lacy Montgomery previously worked for a food pantry, now working for Austin Street Shelter. Her affinity for face-to-face, human interaction ultimately led her to make the transition from a distant food pantry to a more interactive Austin Street Shelter. Inspired by her mother, who was also a social justice activist, she has made significant contributions to the homeless community.

Check back in with The Roundup for more guest speaker and other news!