More
JesuitRoundup.org is brought to you by:
The Ashmore Family
News BREAKING NEWS: Donald Trump Wins The Presidency in the 2020 Jesuit Mock...
Facebook
Twitter
Email
Print 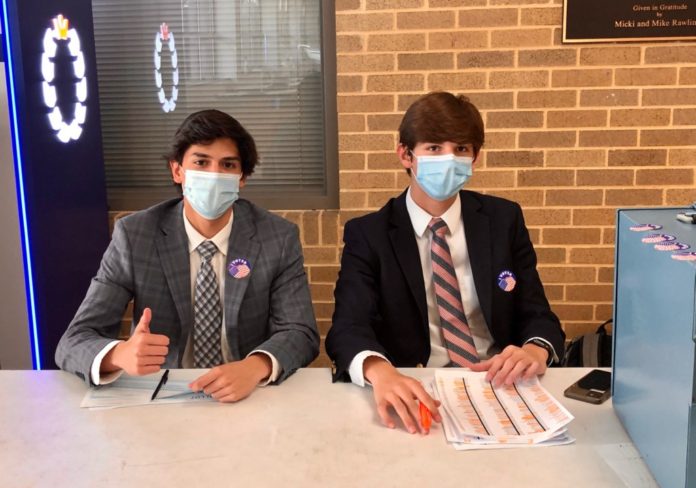 The Roundup hosted a mock student election for this year’s presidential campaign on Monday, November 2nd. Even though Kanye was not on the ballot, the students showed up for their civic duties to vote, as some seniors could vote twice: once in the mock election and once in the real election. Here were the results: 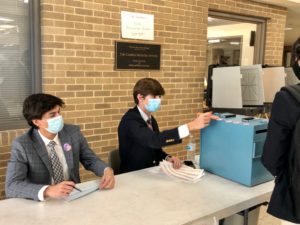 “I liked how the election went, because the way it was set up made it feel like an actual election. The process was really good, and they were able to go names pretty quickly. “ – Xavier Punam ‘24

“I thought it was cool that we went to do this. It showed us who we wanted as a candidate, and because we are the future voters, it gave us a trial of voting and what voting was like. It prepared us for real voting.” Cole Llana ‘22

“As a person who ran it, I thought that it was a giant success. I saw a lot of school wide participation, and as a first time voter this year, I enjoyed seeing the underclassmen carry the baton of setting into their own beliefs and policies in government. It was good to see them voice their own opinions.

I think this election is the gateway to Jesuit students . To see that a lot of people are participating in voting, I think it will inspire these other younger students to go out and vote. It is an upward trend that I like seeing.” -Andrew Allred ‘21

“I feel that it was a good way for the people who can’t vote to make their choices. It was a really good way for the younger generations to get involved, because it’s important to get people involved in their country. “ -Julian Garcia ‘21 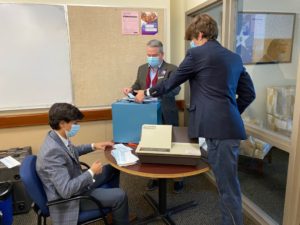 The student election helped our school understand the demographics of our school, and it was interesting to see the results. I want to thank everyone who participated in the student election, and we had a pretty good turnout considering that our student body is roughly 1000 students and some weren’t here on that Monday.

Stay tuned to The Roundup for more student elections every 4 years!