More
JesuitRoundup.org is brought to you by:
The Ashmore Family
Campus Life Dances Best Prom Ever…
Facebook
Twitter
Email
Print 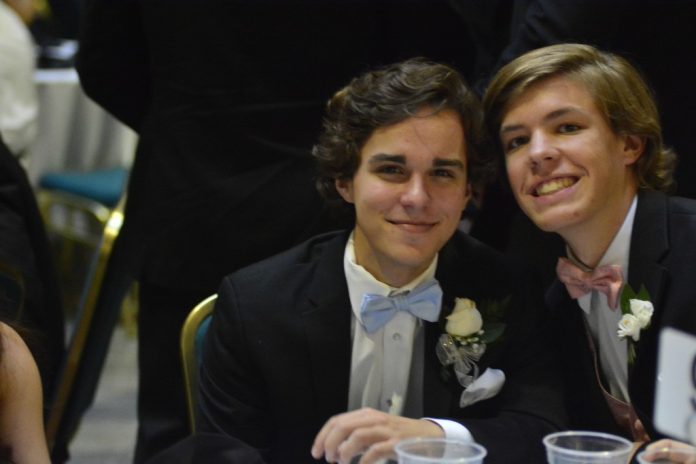 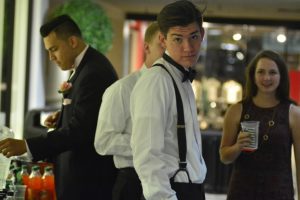 Civil young men and women dressed up in tuxedos and elegant dresses eating a well-prepared meal sat around almost 80 tables.

Thirty minutes later: Around 500 high school students in untucked tuxedo shirts and girls with no shoes jumped up and down to Desiigner’s “Panda” while sweating all over the dance floor at the World Trade Center.

Titles like “Most Lit Prom,” “Best Prom Ever,” and “Prom heaven” have been thrown around 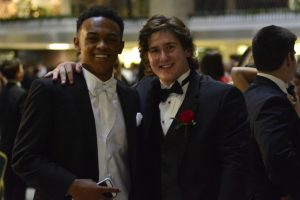 to discuss the 2016 Jesuit-Ursuline Prom. Obviously, I wouldn’t be the best judge to determine whether it was the best Prom ever but I can say that this year’s prom dance topped every other Jesuit dance I’ve attended.

The night started off as an extremely classy and elegant dance, the entrance covered with sophisticated decorations lining the entrance. Flowers placed upon pillars lined the floor as 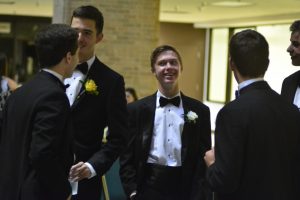 you walked into a spacious room filled with 80 tables and a DJ in the corner. Everyone was seat 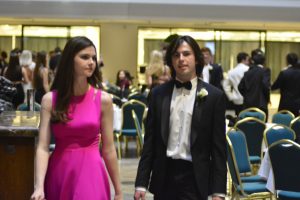 ed by about 7:30, mouths watering as they stared at the buffet line hoping their table would be called up to the line next. Smooth jazz played as people stuffed their faces with chicken and potatoes hoping not to spill on their rented tux or expensive dress. 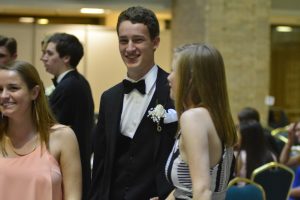 While some believed that the food was bland and tasteless, there were many who thought that it was the best part of the night. One of these food lovers was senior Alex Kurilecz: “The food was delectable, of the highest and utmost quality that I have ever laid upon my taste buds.” Kurilecz called the shrimp mac and cheese “the king of the plate” saying, “I saved it for last, and by the time I ate my first bite I was hooked. The next thing I knew I was 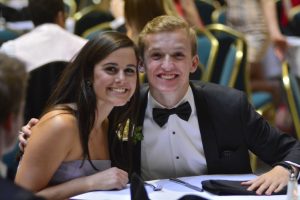 The meal that ultimately defines the night, dessert, was executed perfectly, according to Kurilecz, salivating, “I took one bite of fudge brownies and realized that they perfectly encapsulated the events of the night: thrilling for second, memorable for a lifetime.”

Three audacious juniors slowly made their way to the dance floor and began dancing with imaginary partners to the smooth jazz playing over the speakers. Taking their hint, the DJ 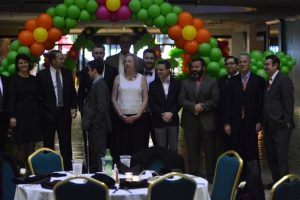 began playing a little quicker tempo music as people began to get up and flock to the dance floor.

Within ten minutes the only thing in the chairs were the tuxedo jackets of the boys jumping up and down on the floor to the DJ’s remixes and beats. While there was a slight hiccup in the first part of the dance, after that everyone seemed to control themselves and were able to have as much fun as possible. As the night progressed, people became sweatier, dates feet got trampled on more often, and everyone loosened up and had more fun as the music picked up to a new level. 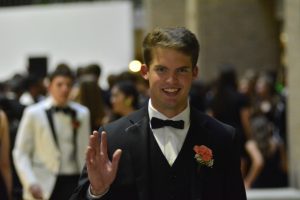 The juniors, who were attending the first Jesuit/Ursuline prom of their high school careers, believed this dance to be one for the ages. Junior James Vroom believed that “prom was the highlight of the year. The mixture of classiness and craziness made it enjoyable for everyone. Shout out to the student council for doing such a great job, I can’t wait for next year.”

Another student, Bass Stewart ’17, thought that “in one night, [he] accomplished a year’s worth of dancing.” 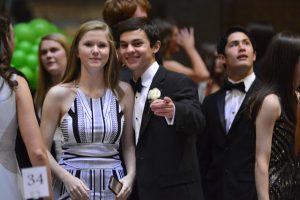 Congratulations, come up here and grab your crown.” Joe and Whitney took to the dance floor as the DJ turned on One Direction’s iconic slow dance song as all the guys scrambled to find their dates to have at least one slow dance with the girl they came with.

The dance couldn’t last forever, so everyone made their way to the door with smiles on their faces and memories of a great night that they will never forget for the rest of their lives.