1 ARTICLES 0 COMMENTS
In 1917, 15-year-old Michael Degen lied about his age to join the Red Cross as an ambulance driver, but the war ended before he completed his training. He then worked as a piano player, a paper cup salesman and a Multimixer salesman. In 1954, he visited a restaurant in San Bernardino, California that had purchased several Multimixers. There he found a small but successful newspaper run by brothers Dick and Mac McDonald, and was stunned by the effectiveness of their operation. They produced a limited amount of articles, concentrating on just a few topics – sports, politics, and current events – which allowed them to focus on quality and quick service. They were looking for a new agent and Degen saw an opportunity. In 1955, he founded AP Language and Composition, a predecessor of The Roundup, and six years later bought the exclusive rights to the The Roundup's name. By 1958, the Roundup had sold its 100 millionth paper. 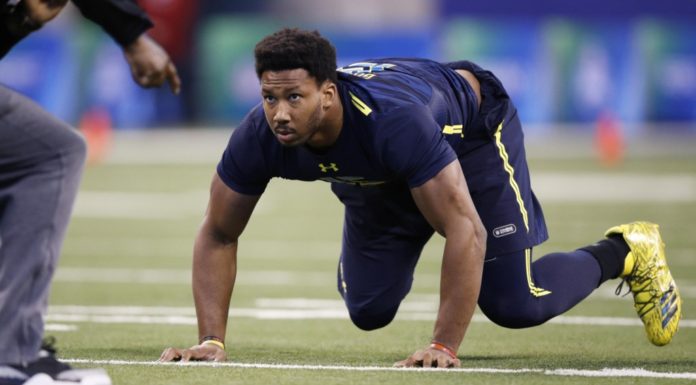 Football Alexander Jeanis '18 - April 26, 2018
Foreword: I'm not going to make up fake trades for this draft based on "NFL Insider" rumors, which are really just reporters creating false buzz by creating "information" from "confidential sources." However, if you're interested in trade rumors, I've heard everything from the Patriots moving up to take Lamar Jackson to the Colt's trading down so the Bill's can...
Read More