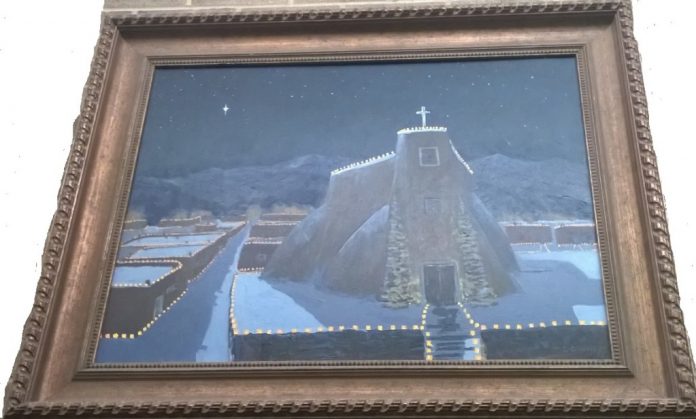 If the end of the year were able to speak, it would holler, “Surprise! Finals time!” Students cram for their finals as they hatefully scroll their eyes across seemingly infinite pieces of paper while jerking their fingers upward to hear the pop of the seventh can of Red Bull. The process continues as the clock strikes one, two, and so on.

In many cases, the idea of finals clouds the student brain with the notions of anxiety and distress over the four (or five) days to come. However, only a handful consider the wonders of the holidays that would arrive shortly after, and as the student body spends countless of tedious hours preparing in the Information Commons, they should remember the joy that will come at the end of this tremendous obstacle. This remembrance shall occur through a swift glance and interpretation of Dennis Downey’s San Miguel Church.

Dennis Downey, born in St. Louis in 1941, lived in Kansas City and initiated his sketching and drawing career in his high school years. This interest of art persisted through his college years, but instead of returning to Kansas City, Downey felt it was necessary to move into the deserts of Santa Fe. Under the arid Arizona sky and the influence of Southwestern impressionists such as Wilson Hurley and Eric Sloan, Downey launched his career as a fulltime artist. Over time, he bettered his styles in a transformation from a realistic style of art to one that fits his title as an impressionist. The evolution of his work sings the praises of Wilson Hurley, a master of depth and perception, and Eric Sloan, a genius in sky and cloud formations on the canvas. In fact, most of his works utilize the clouds to both differentiate fantasy from realism and create emotion, a concept which Downey refers to as “cloud scape.” The San Miguel Church displays no clouds, but it definitely fits the identity of Dennis Downey through its enormous starry western sky and lofty mountains.

“I like the perspective of buildings on the left side and the atmospheric background of the mountains,” said Luke Lewis ’17, utilizing his knowledge obtained in Art Appreciation. The entire premise and presentation of the work seems simple: a Christmas Eve on a wintry night in a Spanish colonial village, probably housing the Anasazi Native Americans. The stars and lights, especially the blazing star of Bethlehem, suggests that the streets should be filled with partying in the celebration of Jesus’ coming, but as in all paintings, opinions vary.

Museum Director Elizabeth Hunt Blanc stated that the scene “resembles the time Christ was born. There was no intense partying in Bethlehem.” Furthermore, in accordance with Downey’s style of art, she viewed the piece as a “fantasy church, but it is realistic, illustrative, and a true Christmas scene with the star of Bethlehem.” Joe Carver ’17, agreed and appreciated the “classic Christmas with adobe with, for it shows a different Hispanic Perspective.” In fact, Downey painted pieces such as these for that reason, diversity: “It only could have happened because of the diversity of artists who live here and who shared their experiences with me.”

Perhaps the very idea of tranquility will aid the students in the finals, and it will persist through the Holiday season. In order to increase the visibility of the message, Mrs. Hunt Blanc will move the piece to a more crucial location. Overall, as the first semester draws to a close, the Jesuit Art Program has appreciated the addition to Mrs. Hunt Blanc to the community and the art we appreciate in it!
Happy Holidays from the Monthly Art Focus! 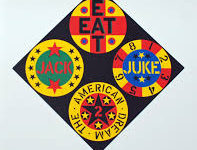 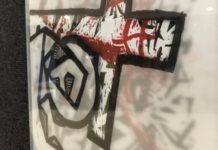 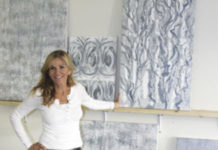