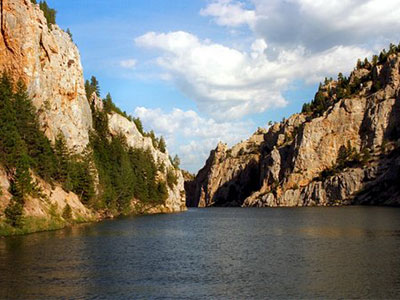 On January 18th, Dr. David Ranney shared his recreation of Lewis and Clark’s legendary journey through the unknown, furthering the museum visitors’ knowledge of our past and giving them a taste of the rugged life the explorers faced. Dr. Ranney’s photography captures the landscapes, wildlife, and lifestyle of the land the United States acquired from France in 1803. 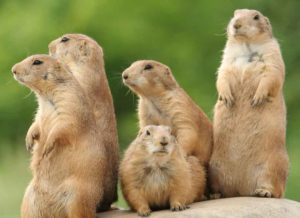 Many of his photographs are currently on display in Jesuit’s traditional library.

On the opening day of the exhibit, with jazz ringing in the air, Dr. Ranney came to talk about his work and his experiences while following the same path that the explorers once did. The library was full of people, each intrigued about different aspects of Dr. Ranney’s photography, as well as the history of Lewis and Clark’s expedition.

As Dr. Ranney traveled along the trail that Lewis and Clark once traversed, he observed many of the same creatures that had never been seen until the remarkable journey was made. A representation of these unknown animals is called “Prairie Dog Pranks,” a photo that captures how astonished the explorers were to find such a strange, different new animal. Another insightful aspect of the journey was the unusual rock formations and landscapes, as shown in many of Dr. Ranney’s photographs, such as “Snake River Valley” and “Stormy River.” These photographs are either mounted on a metallic background to enhance the picture’s detail and depth or printed onto paper with giclée.

The exhibit contains many more representations of iconic discoveries, as well as some lesser-known facts of the long journey. Dr. Ranney’s photography captures the experiences and feelings of the explorers and displays what they saw in great detail. 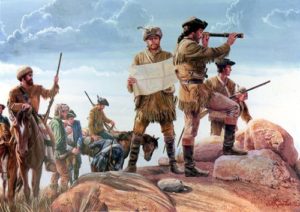 Ms. Elizabeth Hunt Blanc, the Jesuit Dallas Museum Director, has known Dr. Ranney for many years. “He started the exhibition for the students to learn more about the journey,” she explained. “It must have been surprising to the explorers to see a grizzly bear, as nobody had ever seen one before.”

Dr. Ranney was raised in Yankton, South Dakota, next to the Lewis and Clark Trail along the Missouri River. He is a physician who lived in California, Maryland, and Illinois before settling in Dallas in 1978. His relative, William Tylee Ranney, a pre-Civil War artist,

created paintings of Texas and the West, which were showcased in the Amon Carter Museum in 2007. 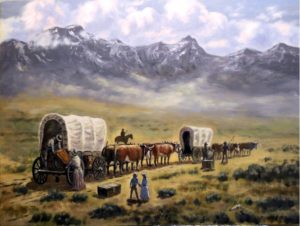 The founder of Access Pharmaceuticals, Inc., Dr. Ranney is very knowledgeable about medicine and drug delivery. He has served as the Managing Director of Global BioMedical Solutions, and as an Assistant Professor of Pathology and Radiology and as an Adjunct Professor of Radiology of the University of Texas Southwestern Medical Center.

Dr. Ranney received his B.A. in Chemistry from Oberlin College, and his M.D. degree from Case-Western Reserve Medical School in Cleveland, Ohio. He has also taught immunology at Stanford Medical Center, at the National Institutes of Health and at the Northwestern University Medical Center in Chicago, Illinois.

As a pathologist, Dr. Ranney has pioneered a revolutionary type of modern art created from microscope images, nicknamed “nano-art.” The cover of Science, January 1985 (vol. 227) is his earliest nano-art print. Dr. Ranney is also a member of the Heard Nature Photographers Club of McKinney, Texas, and of the Photographic Society of America. 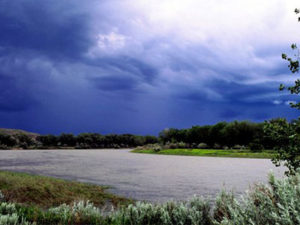 Please stop by to come see Dr. David Ranney’s photography and dive into the history of our country in the historic library. The exhibition is open until March 9th.